This product is a cellular computer that contains both hardware and software. The hardware is a Pixel 3A. XFone is a bit different from other Linux phones which are manufactured from parts. Our product is built using Certified Pre Owned phones which we then modify by removing the Android operating system.

We then replace Android with a modified version of Ubuntu Linux by UB Ports. This is a Class 1 Permissive Change to the Pixel 3A and is FCC certified. We make it possible to still run Android by including Waydroid in the Linux installation. The Pixel 3A boots into Linux when it starts (which also makes it more secure than phones that boot into Android). The XFone product contains 1 certified Pre-Owned Phone (Pixel 3A) and software including a new operating system (Ubuntu Touch), driver updates, software applications and optional software by SageTea Software. 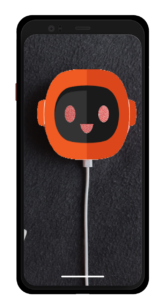 Disclaimer. We can not guarantee that the information on this page is 100% correct.